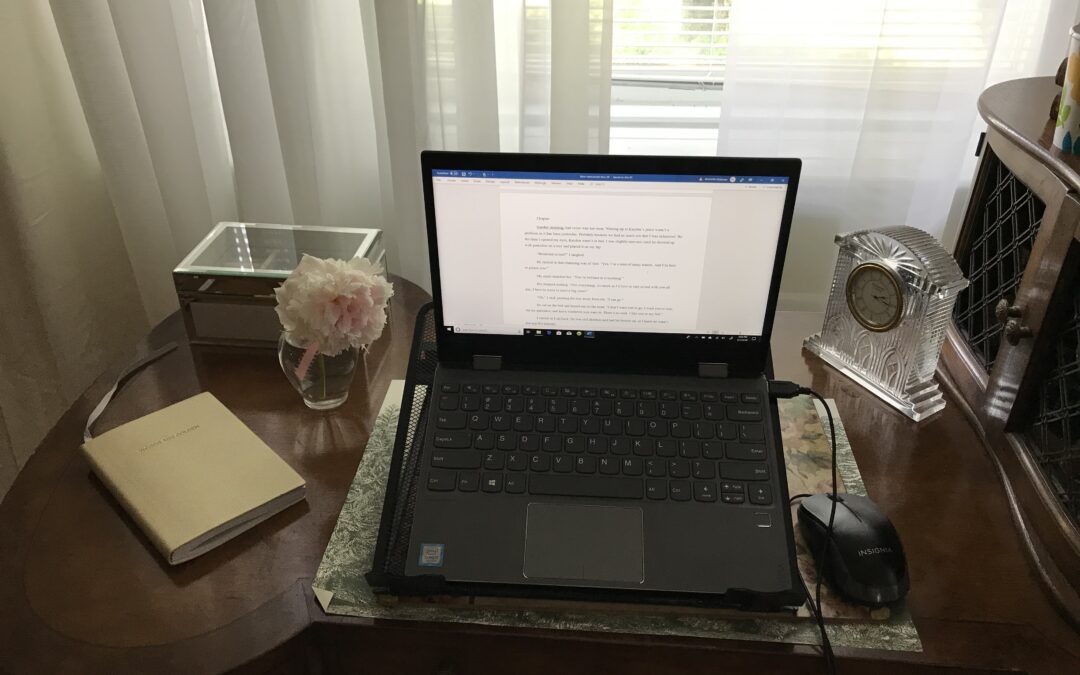 Trusting in the unknown has always been a huge problem for me as well as the women I coach. So, I thought I’d write about it and if you’re struggling, too, I could help.

What I’ve noticed with the women I coach, is when they’re feeling anxious it’s usually because they’re not happy with what is currently going on in their lives and therefore, they’re scared of their future. The future is the greatest unknown.

I’ve experienced similar feelings and I can relate. I love setting goals for myself and when I’m struggling accomplishing those goals, I stress that in the future none of my goals will be met. I’d die without accomplishing my dreams. My thoughts can be that extreme.

I found when I’m helping women, they have the same thoughts. I help them to voice how they feel. Once they say their inner most thoughts out loud, I help them diminish their fears of the future. I tell them they’re not alone and I have similar fears as they do.

An example, is that I’m trying to finish a manuscript for a romance novel I’ve been writing for over nine months. I’m on my third draft of the novel, but it’s still not where I want it to be. My goal was to have the novel finished four months ago. As you can imagine, I’m frustrated with my progress. I’ve had many moments where my stress over not finishing the novel when planned, consumed my thoughts. I’d imagine the book never being completed. I’ll be stuck writing this book forever and I’d never be able to start the next book that I already have constructed in my mind.

My fear became so powerful, that I’d sit at my computer and stare at it as if it was my greatest enemy.

I’d write scenes, read them, and then delete them. Finally, I figured out the problem. The character’s voice became my voice. I wanted to finish the novel so badly, that I was controlling the outcome of each scene. My thought process was that I’d finish the novel much faster if the scenes went according to how I wanted them, versus what the character would do, because the character’s voice was unknown until I wrote the words on my laptop. And that’s why the manuscript wasn’t working. I wasn’t writing about my life. I was telling the heroine’s story.

Now, you may not be a writer, but I hope you can take a situation in your life where you’re trying to control the outcome, but it doesn’t feel quite right.

Ironically, I was at a point in the story where my heroine was also afraid of her future and she was trying to control her life. She feared the unknown. She left her fiancé and was trying to figure out who she was without him in her life and what she wanted her new life to look like. And that takes time. She was finding her flow as I was.

Myself, my heroine, and the women I coach all had goals where we were trying to control the outcome to such a degree, we developed a fear of the unknown.

The greatest unknown is the future.

So, I got out of my head and gave my character the chance to tell her story. It became fascinating to see how the character trusted her choices more than I had. She was trusting what was going on presently in her life, therefore diminishing the fear of the future.

My book was flowing again. Once my book flowed, I trusted other choices in my life, because I was happier and no longer stuck in my head. I knew the future would be okay, because I was trusting the present.

What I’ve discovered is the moment you feel fear; you feel as if you have to control things.

The future is the unknown. There’s nothing you could do about that. It’s how you handle the present that’s important. It helps with the state of your mind when you think about the future.

I teach the women I coach to put the future aside. Instead, I encourage them to enjoy their present. Meaning, to create goals, but not to obsess over the outcome. Obsessing only creates fear. Just like the heroine in my novel, her story will be told. The book will be finished. I just had to get out of the way, believe it would happen, and allow the magic of the universe to take over and give my mind a much-needed rest.